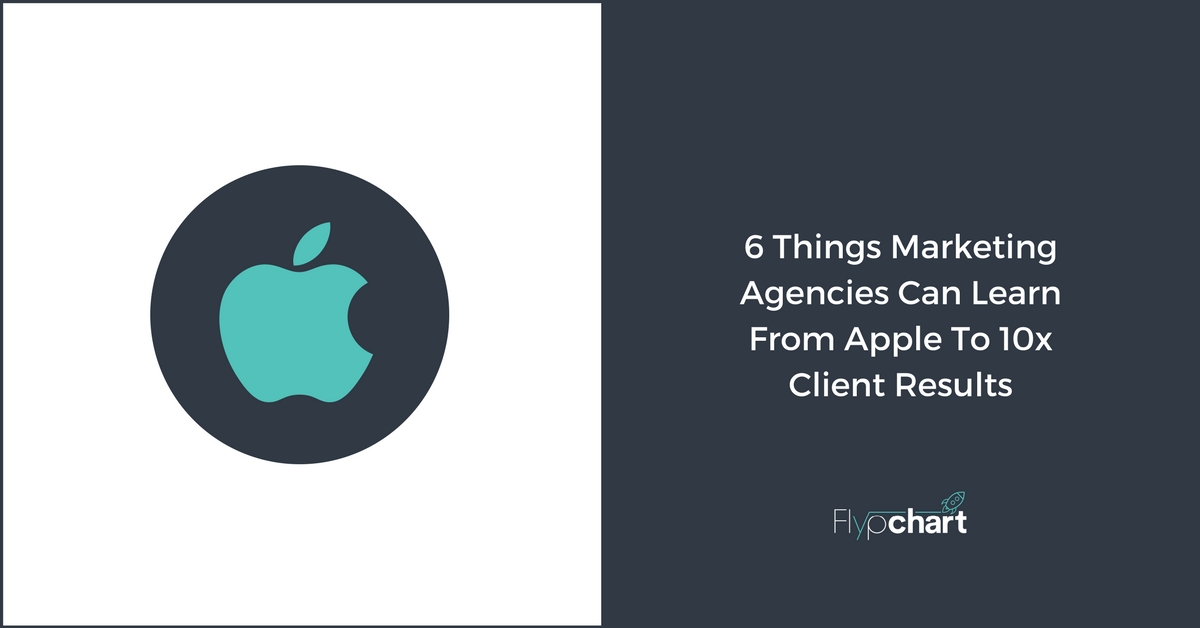 Unless you have lived on a remote island in the middle of the Pacific ocean for the last 20 years, you’ve been exposed to Apple’s marketing tactics.

They’re so effective, they literally have people lining up around the world waiting to buy their products.

Instead of letting the marketing machine potter along like a bored parent at a PTA meeting, Apple creates targeted, time-bound marketing campaigns with a clear goal in mind.

As a result, they drive major suspense and buzz for their products before they launch, and huge sales once they hit the shelves.

But what can your agency learn from Apple’s success? How can you turn this into client results?

Here’s how Apple uses marketing campaigns to launch their products with a bang, and how you can adapt these strategies to deliver your clients 10x outcomes.

Effective marketing campaigns are masterful at drawing emotion from an audience. Whether that emotion is fear, laughter, joy, or sheer excitement, our emotions are directly tied to decision-making.

Apple does this all the time with their ad campaigns, but let’s look at a popular example: The Get a Mac Campaign.

Their goal with this advertising campaign was simple: Set Macs apart from PCs. And it worked. Apple got 42% market share growth the first year this campaign launched.

Mac and PC have been in an advertising war for years now, and each campaign Apple launches has a way of speaking to emotions that make an impact and sway an audience.

Which emotions are your clients’ campaigns tapping into? Or are they emotion-less and boring?

Another way you can succeed with marketing campaigns is by creating suspense. Apple does a great job of this with all their products, but not in the way you’d think.

They are very careful in keeping details about their latest products under wraps, which creates an air of mystery about them. People want to know what the latest features will be, and as a result, online forums are filled with conversations contemplating their new products.

In an effort to build mystery and create suspense, some say Apple even fuels this fire by leaking information and starting rumors themselves.

Imagine if every time they announced a new product, Apple sent out a press release describing the specifications and new features. No buzz. No conversation. The information is just there.

The suspense would be gone, and the buzz along with it.

Do you create suspense and intrigue during campaigns for your clients?

3. They get people talking

Probably the best way to create buzz and build hype for products and services is to get other people talking about them. You can only do so much with words and promotions, after a while your customers will want to see some proof from others.

Apple is a pro at creating referral buzz from customers during their campaigns. Let’s look at 2 examples:

When Apple first started marketing the MacBook Air, people heard it was thinner and lighter than regular Macbooks. That wasn’t particularly impressive information. New computers and phones are coming out all the time with a slimmer look.

But then Apple marketers performed a visual stunt that got people talking: 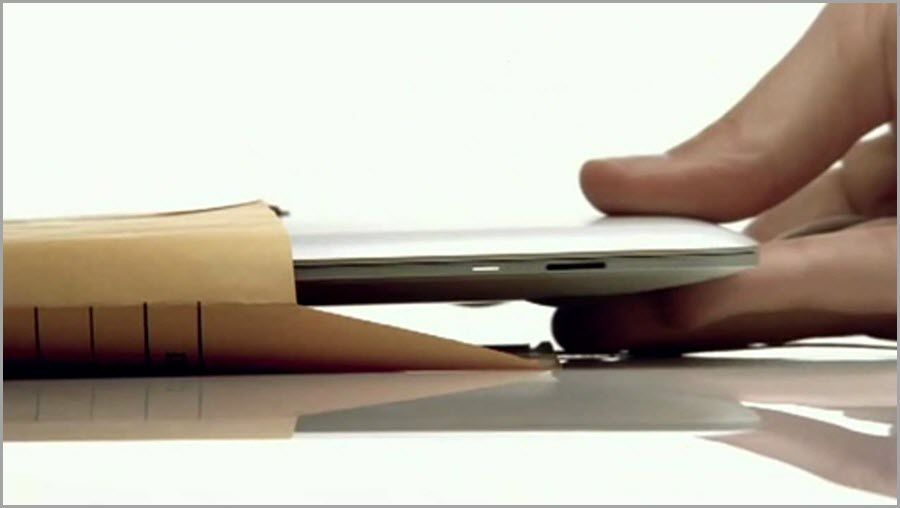 They showed that the MacBook Air was so thin, it could fit inside a manila envelope. What do you normally put in an envelope? Paper. People started comparing a computer to thin pieces of paper.

Smart? Yes. Something you would share and talk about? Absolutely.

Apple regularly renews their “Shot on iPhone” campaign, where they ask iPhone users to submit billboard-quality photos they take to appear in their advertisements.

Now, plenty of other smartphones out there offer great cameras. But are their customer’s photos appearing on billboards? No.

The campaign never fails to get people talking about how great the iPhone is, because what photo-lover wouldn’t want their snaps on a billboard?!?

All of a sudden everyone with an iPhone is a walking, talking advertisement for Apple. And it works.

Notice that the “Shot on iPhone” campaign isn’t even a part of their pre-launch marketing. It’s an ongoing content strategy that keeps the buzz going about Apple products, making it easier to build up to their next product launch down the road.

How can you leverage user-generated content to get people talking about your clients?

4. They invoke scarcity and urgency

When a new iPhone comes out, supplies are always limited. You can pre-order or head to the Apple store to get one, but if you don’t act fast, you’ll have to wait until the next production batch. This is buyer psychology 101 – restrictions create scarcity, scarcity creates urgency.

Another way Apple invokes scarcity with their products is through the manufacturing process and pricing. As you probably already know, Apple products can cost double or triple what their competitors cost, whether it be a phone, computer, or other product.

Part of this is an effort to instill the idea of luxury with premium pricing, but that’s not the only use. It’s also a way of demonstrating the product design considerations that set Apple apart from their competitors. For example, using high-quality design materials like glass and aluminum instead of plastics in manufacturing.

This shows customers that with Apple products, you get something that can’t be found anywhere else. The use of scarcity is a valuable way to encourage people to pay a premium price for their products.

Instead of discounting your client’s product next time, how about you raise the price and see what happens?

5. They create a climactic event

Apple product launch days are some of the most climactic in marketing. People line up outside stores for days before to get their hands on the latest iPhone (or they pre-order it months in advance).

But Apple’s marketing strategy goes to even greater lengths than that to create climactic events and impress customers.

Just head over to YouTube and type in “iPhone unboxing” to see what I mean: 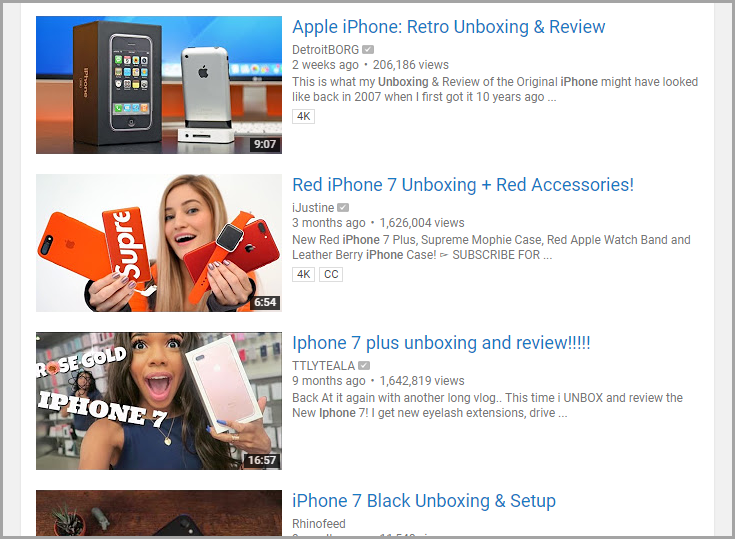 People all over the world take videos of themselves opening their new iPhone boxes. They don’t do that with other products, just the iPhone.

And admit it, if you’ve bought an iPhone yourself, opening the box is pretty climactic.

Apple did that on purpose. They could have delivered your product in a brown, nondescript cardboard box. Instead, they created a sleek, custom, colorful container that adds some excitement to the unboxing experience.

They made sure that the thrill of buying an iPhone doesn’t end at the cash register.

6. They are 3-steps ahead of the game

Apple’s approach to marketing is ongoing, in the sense that they are always preparing for their next product launch. It’s not like they launch a product and sit back and wait for the next one. They are probably 2, 3 or even 4 launches ahead of the public when it comes to product improvements and innovation.

Apple is the king of this with their iPhone generations. If they wanted, they could launch a new phone every few years, but instead, they make minor improvements and launch new products all the time to keep people talking about their brand.

Some say they even hold back technological advancements to create more iterations of their products: 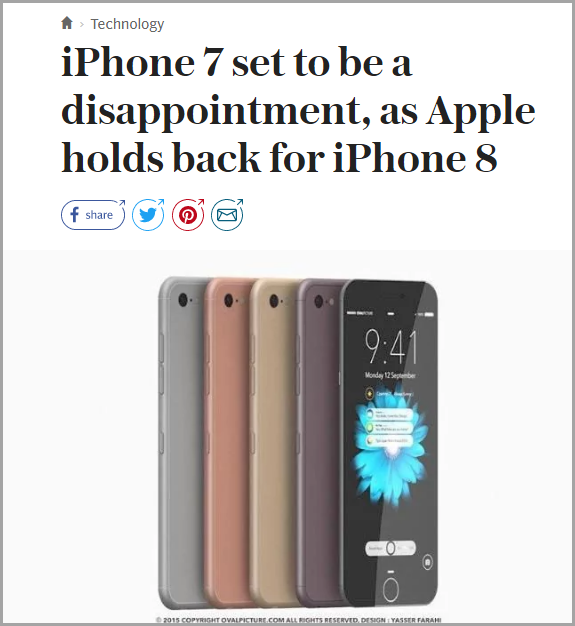 By listening to their customers’ needs and staying on top of the latest technologies, Apple is able to deliver an incrementally better product with every iPhone launch.

Designing product launches with this strategy gives you the opportunity to create content in between launches, unveiling new features and creating additional buzz for a brand.

The takeaway for marketing agencies

Apple is a marketing goliath. They’ve had the greatest minds working behind the scenes for decades to make their marketing what it is today.

But just because Apple is one of the best out there doesn’t mean your clients can’t take advantage of these marketing strategies too. In fact, it would be smart to do so.

All the elements that make Apple’s campaigns successful can help you get better client results too. Just remember to:

Apple is always coming up with new and creative ways to build hype and buzz for their product launches. Are you doing the same for your clients?

Will Blunt is the Founder of FlypChart.

How to Plan a Marketing Campaign That Generates The Bottom-Line Revenue You Need To Survive
June 15, 2018

How To Use Hashtags To Explode Your Brand’s Reach On Social Media
September 29, 2017
Go to Top